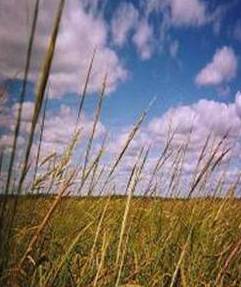 Wild plants and animals were used in the distant past as a primary food source. This has changed radically for most societies. However, in 22 countries in Asia and Africa, wild foods are still used. From 300-800 species are found and used in such countries as India, Ethiopia and Kenya. The pressure for development in these countries may be causing a decline in the use of wild species. Official statistics on economic values of natural resources do not include wild foods, although they comprise an important part of the global food supply.

About 1.02 billion people are undernourished around the world. The value of wild foods is underestimated in official statistics, resulting in neglect of ecosystems and local knowledge that could benefit these people. Many people are a combination of farmers and hunter-gatherers, but are not nomadic. They have adapted to their local conditions. The separation of people between farmers and hunter-gatherers is no longer of value and there is no simple distinction between ‘wild’ and ‘cultivated’ food.

Foragers intentionally sow wild seeds, manage irrigation, burn areas to increase growth, and harvest thoughtfully to preserve continued productivity. Farmers often transplant seeds from the wild. In Thailand, about ¼ of the 159 wild species are transplanted and propagated by rice farmers. Home gardens of farmers sometimes contain 200 useful species of plants. “What is common in all cases is that people pay close attention to what the land is telling them.” This leads to collection of valuable knowledge.

About 1 billion people use wild foods for at least part of their diets. Wild foods benefit both urban and rural people. This is in a world where “Over 40 percent of the world’s daily requirement of proteins and calories comes from three crops-wheat, maize and rice; 12 species contribute 80% of total dietary intake.” This is the same world where over 7000 species have been used at some time in the past for food. In India, 600 plant species have food value and at least 1000 different insects are used as food. About 1069 species of wild fungi are sources of protein and income.

The trend toward industrialization and modern diets with store-bought products leads to reduced dietary diversity and increased lifestyle-related chronic conditions, such as obesity and diabetes. However, there are islands of preservation of wild foods, such as in Spain where 123 species are still in use. It is difficult to predict how climate change will alter the availability and use of wild foods. Changes in land use with more intensive, commercial agriculture may reduce availability of wild foods. Wild species tend to be stored in fallow fields, which are being lost due to intensive farming, leading decreased biodiversity and loss of the ‘safety net’ for the rural poor. The authors call for a food strategy with a focus on biodiversity.

The future of wild food species is important to many people around the world, and these species have been undervalued. They need to be studied for their nutritional value and for toxic effects. It is becoming clear that “nutrition and biodiversity converge to a common path leading to food security and sustainable development.”  To prevent malnutrition around the world, we must value wild food use and preserve the habitats for wild edible species. We need more information on the nutritional value of wild food species and we need to know that the nutritional value of many wild foods is superior to modern ‘store-bought’ foods.

CONCLUSION: Conservation of biodiversity and traditional food systems have the same end: the conservation and use of wild foods.

NOTE: Think about what the use of industrial herbicides encouraged by genetically engineered crop systems are doing to many species of plants which could be used as wild foods.