Trial of Ginkgo Biloba for Dementia. 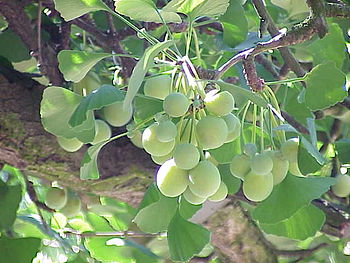 The authors studied Ginkgo biloba with patients who had Alzheimer’s dementia and multi-infarction dementia (due to multiple small strokes). The patients were given 40 mg. of a 24% extract of Ginkgo biloba three times a day. Compared to patients who did not receive the extract, the treated patients showed moderate benefit with improvement on tests of (1) cognitive impairment and of (2) daily living and social scores.

Patients on the Ginkgo biloba extract suffered no more adverse effects than did the patients on placebo.

The extract of Ginkgo biloba contained 24% ginkgo-flavoneglycosides, which acts as free radical scavengers. These free radicals are believed to be the cause of cell damage in Alzheimer’s disease.

CONCLUSION: Ginkgo biloba 24% extract was given for a total of 120 mg. per day and was shown to be of moderate benefit to patients with Alzheimer’s disease and multi-infarction dementia. The standard dose of the 24% extract is 120 mg.