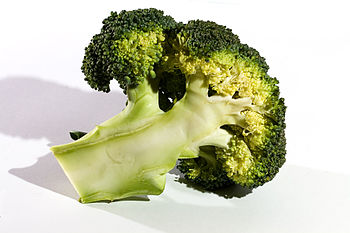 Selenium (Se) is an essential trace mineral for humans which can be evaluated by a hair analysis test. China is one country which has been designated as being low in Se by the World Health Organization (WHO), impacting the health of 70 million people. Heart muscle and joint diseases are common in the low Se regions of China. Se is important for immunity, preventing cardiovascular disease, preventing cancer, and preventing congenital birth defects resulting from metals such as cadmium, mercury, lead and arsenic.

Se is obtained from food plants, and the amount of Se in those plants depends on the amount in the soil. Grains are the primary food source of Se in China. Hair analysis testing for Se was done across China to evaluate the current status of the people. Ten provinces were studied from northeast to southeast China. The researchers wanted to see if current reduced rice intake was responsible for the reduced levels of Se and could be the cause of lower Se levels on hair analysis. Foods were bought at local stores for Se testing.

Hair samples were tested for 408 people from 10 different China provinces. The results ranged from .30 to .45 mg/kg, with an average value of .37 mg/kg. Averages ran lower in the northern provinces and higher in the southern provinces. Only 9% of people were considered to be in the Se deficient range with levels below .20 mg/kg. (Over 3.00 mg/kg is considered to be Se excess.) Hair Se was, generally, higher for men than women, and more women than men were found to be Se deficient. The general results were lower than those found on testing in the 1980’s.

Daily intakes of Se were calculated based on locally-bought food. The daily Se intakes from food correlated with the levels of Se found on hair analysis in every province. Interestingly, Chinese rice consumption dropped by 1/3 from 1985 to 2011. (Similarly, Se levels fell by 1/3 in the UK, perhaps due to a switch from high Se North American wheat to low Se EU wheat.)

CONCLUSION: Chinese residents have experienced a drop in Se on hair analysis, seemingly as a result of eating less rice and lower Se levels in rice now available.