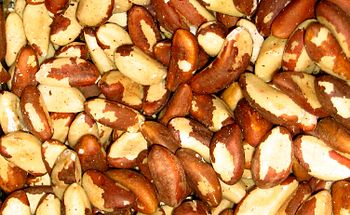 Selenium has been shown to prevent cancer and is of benefit in cancer treatment, especially in the early phases.

Selenium is a mineral that is easily bound to amino acids to form selenomethionine and selenocysteine, and is very easily absorbed in humans. The health benefits of selenium include the increased blood levels of antioxidant selenium-containing enzymes, such as glutathione peroxidase and thioredoxin reductase. Glutathione peroxidase, a selenium enzyme, is necessary for the utilization of glutathione in preventing cellular damage from “free radicals.”

Thyroid tissue contains a great deal of selenium, which is necessary for the process of producing active thyroid hormone. Low selenium levels correlate with elevated levels of anti-thyroid antibodies, as in auto-immune thyroiditis. Low levels of selenium can be the cause of low thyroid activity as can low iodine levels and low selenium levels are seen with thyroid cancers.

Studies have consistently shown low rates of cancer in populations that have received selenium supplementation. Selenium has been shown to increase natural killer cells and macrophage counts to fight cancer. Numerous studies have shown a protective effect of selenium over breast cancer and selenium has a protective effect for people who are receiving chemotherapy. Chemotherapy patients maintain a better nutritional status when they also receive selenium.

Dietary intake of selenium varies a great deal in different parts of the world. The author states that average dietary intake ranges from 20 to 300 mcg./day. Certain plants, such as Astragulus, are called accumulator plants that seem to store high levels of selenium. Garlic, broccoli, leeks and onion also have abundant selenium. Selenomethionine is consumed in cereal grains, grassland legumes, soybeans and enriched yeast.

CONCLUSION: Selenium has been found to be important for the prevention of “cancer, inflammatory disease, thyroid function, cardiovascular disease, neurological diseases, aging, infertility, and infections.” Selenium supplementation stimulates immunity in people who are selenium deficient.

ASK YOUR DOCTOR FOR: A hair analysis for minerals to see if you have adequate selenium.