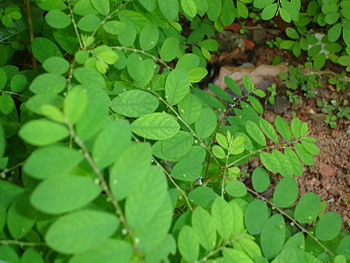 Tumors which can spread to other parts of the body and form other tumors are called malignant.  Their treatments with surgery, chemotherapy and radiation have many side effects and are not always successful.  Cells which detach from a benign tumor and pass to other parts of the body usually undergo a process of apoptosis (programmed cell death).  However, successful cancers have undergone mutations which allow the cells to resist apoptosis and survive.

More natural treatments of cancer offer hope for cancer therapy with fewer side effects.  Plants from the genus Phyllanthus are found in the Amazon rainforest and other regions of the world.  Phyllanthus niruri (P. niruri) is effective against hepatitis B.  It protects the liver, reduces stones, reduces hypertension, and has shown an effect against HIV.

The effectiveness of a mixture of Phyllanthus plants was tested for anticancer effects on lung and breast cancer cells and on normal lung and breast cells.  The ability of cells to invade other tissues under the effect of different concentrations of Phyllanthus was tested by their ability to pass through special filtering devices.  Other tools were used to test the ability of cells to migrate. All the different stages of cell migration, attachment and invasion were tested at different concentrations of Phyllanthus.

Phyllanthus extracts were found to have the potential to inhibit the growth of breast cancer and lung cancer cells, depending on the concentration and the length of incubation time.  There was minimal effect on the normal cells.  The inhibition was greater in breast cancer cells than in lung cancer cells.  Alcohol extracts of the plants were stronger than water extracts.  P. watsonii had the strongest anticancer effects.

CONCLUSION:  Phyllanthus is toxic to cell lines of lung cancer and breast cancer, thereby blocking steps necessary for metastasis (such as cell invasion, migration, and adhesion).  Phyllanthus may be able to induce apoptosis in cancer cells.

NOTE: Read about the liver protective effect of phyllanthus.