Mediterranean Diet and Longevity in the Elderly. 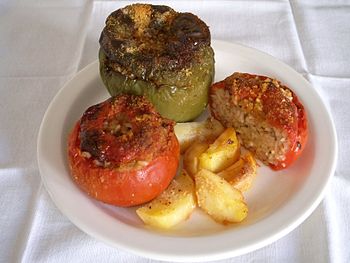 Longevity is believed to be the result of consuming a Mediterranean diet and this study was an attempt to evaluate that belief. Elderly people were studied in Greece, Spain, Denmark, and Australia, which their diets being followed up to their death or to the end of the study.

There are a number of common factors in the diets of the people who live in the 20 countries that are considered Mediterranean. Olive oil is fundamental in the diet and contains large amounts of monounsaturated fats. The diet has been shown to be associated with reduced coronary heart disease. The components of the diet are the following:

Moderate use of milk and dairy products.

The people studied with questionnaires to see how well they followed the principles of the Mediterranean diet. People who followed the diet maximally had a marked reduction in mortality compared to people who did not follow the diet. The same was true of elderly people in Denmark and Australia. The highest reductions of mortality were in the Spanish elderly.

The Greeks consumed wild greens, such as wild onions, among their vegetables, which contain large amounts of flavonoid antioxidants and are considered to be higher in flavonoids than red wine and black tea.

CONCLUSION: This study confirms that there is increased longevity in people who follow the Mediterranean diet. The study was carried out in various countries. The components of the diet are listed above and include large amounts of fruits, vegetables, and olive oil. Animal products are not emphasized except for fish.