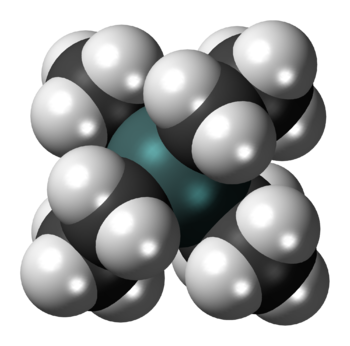 Medical Geology in Uruguay has arisen from the diverse fields of Environmental Toxicology, Epidemiology, Veterinary Health, Public Health and Geology. This has improved knowledge and performance in environmental and health issues, such as exposure to toxic metals (lead, selenium, copper, and arsenic). Focus has been on environmental lead exposure in children, selenium and copper deficiency in humans and cattle, as well as arsenic exposure in ground water.

Lead pollution comes mainly from industrial wastes, and children living in areas of manufacturing contamination are especially affected. This problem first became known in Uruguay in 2001 in slum areas of La Teja, when blood levels of 20 ug/dL* were found. The soil contained 2,000 ppm of lead. Industry had been in the area in the 1900’s and later closed down. Blood lead screening has been initiated, and health care centers have been organized.

Lead was removed from gasoline by 2003 in Uruguay. Children who lived in high traffic areas showed high blood levels of lead in 1994; 40% of blood lead levels were over 10 ug/dL. By 2004, only 7% of children had blood lead levels over 10. Workers who were exposed to lead on their jobs had average levels of 49 ug/dL in 1994, and 42 by 2004. Subsequent laws were passed to monitor blood levels of workers.

Selenium deficiency has been studied in Uruguay. Selenium levels and glutathione peroxidase enzyme activity has been surveyed in relation to systemic inflammatory response syndrome (SIRS**) and multiple organ dysfunction (MOD***) in severely ill patients. Selenium levels are, in general, abnormally low in the population of Uruguay. SIRS is associated with Selenium depletion and selenium supplementation is believed to improve prognosis in SIRS.

Copper levels were studied in dairy cattle, and hypocupraemia (low blood copper) was found in 30% of the animals studied. This can be treated with copper supplementation. Interestingly, copper levels are lowest in the autumn of the year.

Arsenic levels have been found to be high (over .01 mg/L) in an aquifer that supplies much of southern Uruguay. A team is working on remediation methods.

CONCLUSION: “…Medical Geology is a growing field with multiple applications to solve local and regional health issues in Uruguay.”

NOTE: *Currently, it is known that there is no safe level of lead in children. But .10 ug/dL has generally been accepted as the upper limit of safety in the past.

**SIRS can be a response to infection. It is an inflammatory state affecting the whole body which can result in multiple organ failure.

***MOD syndrome is the failure of multiple organs in a severely ill patient.