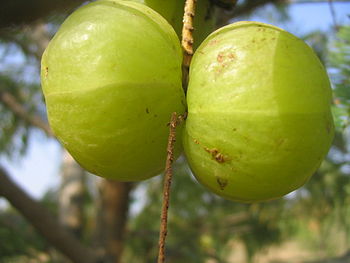 Andrographis paniculata (andrographis), Phyllanthus niruri (stone breaker), and Phyllanthus emblica (amla or Indian gooseberry) are all known to provide liver protection effects, but have not been studied in combinations. The purpose of this research was to study a combination of the three against liver damage caused by paracetamol, carbon tetrachloride (CCl4) and ethanol in rats. Results of the study were compared to the liver protection of silymarin (from milk thistle or Silybum marianum) as standard therapy. CCl4, paracetamol, and ethanol are known to cause liver damage. Silymarin has been well studied as a liver protector.

Testing of the blood for bilirubin and for liver enzymes SGOT, SGPT, LDH, and ALP was carried out before and after rats were exposed to the toxins. Liver cells contain large amounts of enzymes which may leak into the blood after liver damage, raising blood levels of those chemicals. Microscopic slides of the livers were also studied for liver damage.

CONCLUSION: A combination of amla, andrographis, and stone breaker was as good as silymarin in protecting the liver from toxicity.