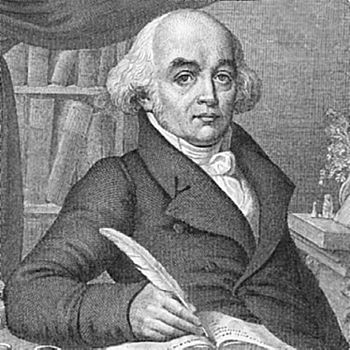 Samuel Hahnemann, considered to be the father of homeopathy (Photo credit: Wikipedia)

In Homeopathy, highly diluted medicines are used which are so diluted they no longer contain a molecule of the medicinal substance.  This study was done to evaluate whether a homeopathic dose of glucose could alter a living organism.  The living organism was Escherichia coli (E. coli) bacteria, and the homeopathic dose of glucose was 30C.  The bacteria were exposed to the glucose remedy in the presence of stress due to sodium arsenite (a form of arsenic).  At 30C dilution, it is improbable that even one molecule of the glucose is present.

Humans have genes specific for arsenic detoxification, and arsenic interferes with an enzyme (phosphoglyceral kinase) which converts sugar to energy (ATP).  In response to loss of ATP, E. coli tries to absorb more glucose.  The goal is to show that absorption of homeopathic levels of glucose benefit the E. coli, demonstrating that homeopathic doses work on living organisms.

Currently, there is a gene-regulatory hypothesis to explain how homeopathic medicines work.  The authors of this study postulate that glucose 30C could contain an imprint of molecular glucose that can trigger the genetic mechanism to increase enzyme and ATP production.

CONCLUSION:  It would appear that water does have memory.  When sugar water is diluted to the point that there is no chance of any sugar remaining in a homeopathic remedy, the water can still function as if sugar were present.  The cells treated with such a solution, after being stressed with arsenic, will produce more energy, absorb more glucose, and expel more arsenic.

NOTE:  Read the book “The Memory of Water,” by Michel Schiff.