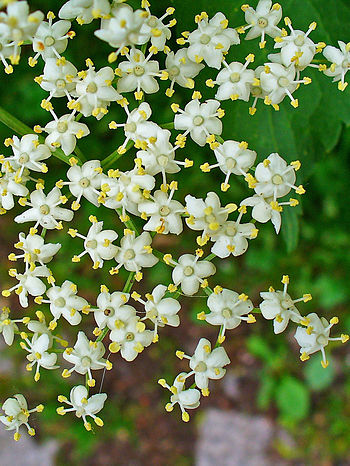 Avian infectious bronchitis virus (IBV), a coronavirus, causes respiratory infections and damages egg shells in chickens.  Vaccines have not been successful.  Plant extracts are being studied for their antiviral effects on IBV.  Plant extracts are known to be antiviral against hepatitis B and C, herpes simplex virus, influenza virus, poliovirus, dengue virus and human immunodeficiency virus.

One group of plant chemicals, catechins, can inhibit animal infectious agents.  Catechins are increased in some plants as a result of fungal infection.  The oral use of catechins by humans lowers the risk of influenza virus infection, the use of quercetin inhibits the influenza virus as well as the poliovirus.

Rhodiola rosea (goldenroot), Nigella sativa (black cumin) and Sambucus nigra (common elderberry) were included in this study of plants against IBV.  These plants have known antiviral activity.  The proper concentration of each plant extract was determined as to which was antiviral and not toxic to human cells.  The cells were treated with extracts for 24 hours before being exposed to the virus.  Black seed and rhodiola were not able to prevent infection, but elderberry strongly inhibited the virus.

Elderberry was shown to damage the viral membranes early in the infectious process, and polyphenols are believed to be the chemicals responsible for the viral inhibition.  (Catechins are polyphenols.)  Elderberry is believed to have anti-viral effects against other viruses also.

CONCLUSION:  It was shown that R. rosea root and N. sativa seeds did not inhibit IBV infection, but S. nigra fruit extract strongly inhibited IBV when given prior to viral infection.  This could be of great benefit in chicken populations where immunizations are not completely successful.  This is further evidence of the value of plant extracts against viral infections.