Chlorella and Salivary Immunoglobulin A. 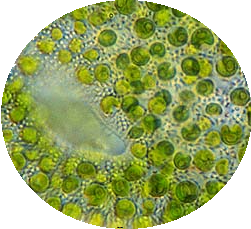 Surprisingly, even in developed countries malnutrition is know to exist.  Diets become impaired for various reasons with aging, and young people tend to skip breakfast and often eat fast food.  Supplements can boost immune function in such cases.  The authors of this study chose to look at chlorella, a blue-green algae containing protein, chlorophyll, vitamins, minerals and fiber.  They tested the ability of chlorella to alter salivary IgA (SIgA), which plays a role in mucosal immune function.*

A 4-week placebo-controlled trial of chlorella supplementation in young males was followed by testing of SIgA secretion.  Half of the subjects received 30 tablets of SunChlorella A per day for four weeks, and half received a placebo tablet.  Twelve weeks after the finish of the first study, the groups were reversed for four weeks with the other half receiving placebo.  At the end, salivary samples were collected by having the subjects chew on cotton balls.

The results were that the placebo did not alter the SIgA concentration, but chlorella treatment significantly increased the SIgA.  Of significance, SIgA defends our respiratory tracts from pneumonia and influenza.

NOTE:  *Mucosal immunity is related to respiratory and gastrointestinal immunity.  Mucous membranes are present in the nostrils, lips, eyelids, ears, genital region, anus and other areas exposed to the external environment.  Immunoglobulin A (IgA) is an antibody found in these areas.

Mucosal immune functions may be related to irritable bowel syndrome and celiac disease.  Yacon (a South American root) FOS supplementation has been shown to increase fecal SIgA in preschool children.