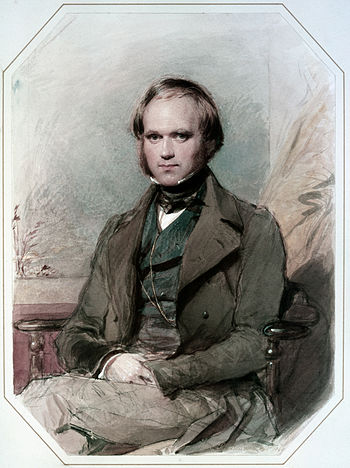 Charles Darwin (1809-1882) spent 5 years exploring nature on the coast of South America. He caught a fever in 1834 and spent a month in bed in Chile. He had recurrent sickness the rest of his life and is thought to have suffered from Chaga’s disease. He was worse in 1847, but, continued to work on the book “On the Origin of Species” until 1859.

Darwin saw many doctors for fevers and vomiting, but they were unable to help him. He was seen by Dr. James Manby Gully (1808-1883) and the treatment included water therapy, dietary changes and Homeopathy. Patients undergoing the water cure seemed more sensitive to homeopathic medications and Darwin responded to Gully’s therapy within days. He then returned to work in ‘almost perfect health’. He lived 33 more years with recurrent nausea, vomiting, skin rashes. He was treated with Homeopathy and water cure with improvement. (Darwin’s skin rashes can be seen as externalization of the disease process. It was seen as part of a patient’s progress defined as ‘Hering’s law of cure.’)

Darwin ran several experiments with low doses of an insectivore plant, sundew (Drosera rotundifolia), a plant commonly used in Homeopathy. He was “astonished” by the results. In 1860, Darwin wrote that “at this present moment I care more about Drosera than the origin of all the species in the world.” This was one year after the publication of “On the Origin of Species”. The findings of these studies were not reported scientifically, perhaps because the medical establishment was so hostile to Homeopathy at the time.

CONCLUSION: Charles Darwin was successfully treated for years with Homeopathy and water cure. He did a series of unpublished studies on Drosera and was amazed by the results as his treatments kept him healthy enough to finish “On the Origin of Species”.

NOTE: Darwin experimented on sundews in scientific studies. He benefited from water cure and homeopathic treatments. However, current writings on Darwin rarely mention his homeopathic work.