Iron Deficiency Anemia of the Elderly. 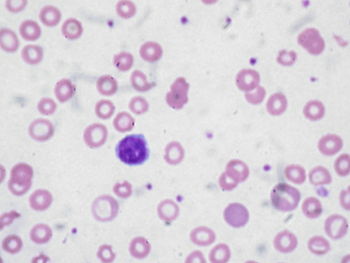 Anemia results in longer hospitalizations and increased mortality. Some symptoms are fatigue, falls, weakness, depression, and cognitive dysfunction. In 1/3 of the elderly, anemia is due to nutrient deficiency (iron, folate, and vitamin B-12), 1/3 is due to chronic disease, and the rest is of unknown cause. Iron deficiency (ID) is seen in ½ of elderly anemics and is the most common nutrient deficiency around the world…even in industrial countries.

In absolute ID, there is a lack of stored iron (usually 3-4 grams). In relative ID, there is failure to produce red cells even with sufficient iron. This article focuses on absolute ID. Iron deficiency anemia (IDA) starts with reduced transferrin saturation, followed by hypochromic (pale red cells) and microcytic (small red cells) IDA. In the elderly the causes are usually a combination of poor absorption and gastrointestinal loss. Anti-inflammatory and anti-coagulant medications can increase blood loss.

Malabsorption of iron is increased by gastrointestinal Helicobacter pylori infection, celiac disease, and atrophic gastritis. Proton pump inhibitor medications interfere with iron absorption by reducing gastric acid and people in these circumstances often do not do well on treatment. They are referred to as having iron refractory IDA (IRIDA). (Malnutrition must be severe to cause IDA in industrial nations.)

Hepcidin, a hormone which regulates iron balance, was discovered in 2001. It is produced by the liver. Ferroportin protein is produced by cells as an iron exporter which is the receptor for hepcidin. When hepcidin binds to ferroportin, the two dissolve into the cells, such as cells of the duodenum, resulting in reduced absorption of iron from the intestine and reduced plasma iron. ID and IDA reduce hepcidin production, while hepcidin is increased by inflammation. (Hepcidin can be measured in blood and urine.) ID of the elderly can be due to chronic inflammation with increased hepcidin. Before menopause, women have hepcidin levels which are about 50% of those for men of the same age. After menopause, women have similar levels to those for men. In 85 year olds, C-Reactive Protein levels are predictors of hepcidin levels.

Red blood mean corpuscular volume (MCV) is reduced in IDA. In the elderly, this may not be seen because of the coexistence of iron, folate, and vitamin B-12 deficiencies. Iron status should be evaluated in all elderly patients. A therapeutic trial should be started in those with anemia using ferrous sulfate or gluconate because of their increased bioavailability. Hemoglobin (Hb) levels should improve 1-2 g/dL every two weeks. Therapy should continue for 3 months to restore iron stores.