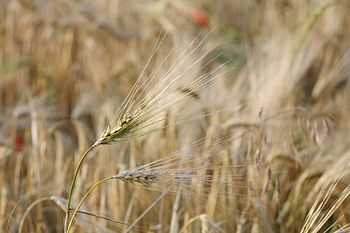 Good diets are important for preventing and curing diseases, and included in such diets are probiotic organisms. Beneficial probiotics belonging to the Lactobacillus (L.)* and Bifidobacterium (B.)* classes are being used more often in food preparation today.

Prebiotics, on the other hand, are becoming more important since they stimulate the growth of beneficial bacteria. Prebiotics improve intestinal function, mineral absorption, immune function and cancer prevention. Fiber, oligosaccharides, starch, and undigested proteins can serve as prebiotics. FOS (fructooligosaccharides) and GOS (galactooligosaccharides) are prebiotics which improve the viability of bifidobacteria and lactobacilli.

Beta-glucans** are the dietary polysaccharide*** fibers which are currently being studied. They come from the water soluble fraction of cereals, such as barley, oats, sorghum, triticale, wheat and rice. Other sources of beta-glucans are some fungi and some bacteria, such as Pediococcus and Lactobacillus. Depending on the structure of the beta-glucans, some have better immune-modulating function. Some can ferment in the lower intestine, providing even more benefit to intestinal bacteria.

The present study of barley beta-glucans was tested against four strains of Lactobacillus bacteria for the ability to increase growth and to reduce the effects of stress. Pasta and barley flour, enriched with beta-glucans, were tested on human intestinal cells in the laboratory. The desired outcome was increased growth of probiotic cells. (One strain of L. acidophilus, two strains of L. plantarum and one strain of L. fermentum were tested.)