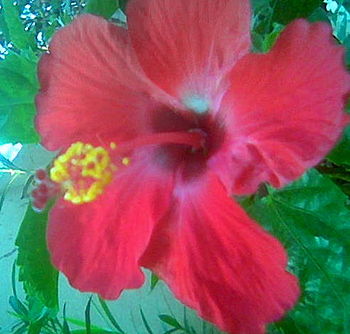 Hibiscus (Malvaceae) is a genus of a wide variety of plants, shrubs and trees in the tropics and subtropics, which in India are reported to have medicinal uses. Hibiscus rosa-sinensis is a shrub which is believed to be antifertility medicine in Ayurvedic medicine. Its’ roots were ground into a powder. A reddish brown solid is extracted from the powder. Mice were tested for toxicity using the powder at 2000 and 4000 mg/kg of body weight. No mortality was reported even at the 4000 mg/kg dose.

Female rats were used to study the estrogenic effect of the hibiscus, and vaginal smears were done to be sure each rat had a normal menstrual cycle. They were then left in cages with males overnight. The hibiscus powder was given at doses of 200 and 400 mg/kg of body weight daily. Surgery was done on day 10 to count the number of sites of pregnancy.

Results were that no pregnancies occurred in the rats receiving 400 mg/kg of hibiscus for 10 days. The rats had increased uterine weight and microscopic patterns, suggesting estrogenic activity. Even after this testing all animals were later able to become pregnant after the hibiscus was discontinued.

CONCLUSION: The ethanol extract of Hibiscus rosa-sinensis root has antifertility activity, possibly due to estrogenic activity.