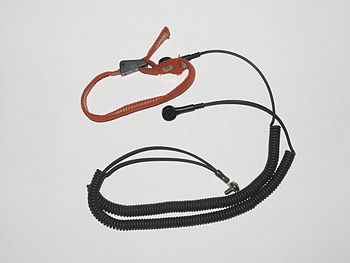 Contact with the Earth, direct or indirect, changes the electric potential of the human body. Direct contact is actually touching the Earth, while indirect contact is with the use of a metal conductor. Changes in the electric potential influence the chemical processes in the body and alters the pH of body fluids. This alters chemical reactions which are sensitive to pH, such as enzyme reactions.

Exercise results in the breakdown of amino acids, with urea being a product of that breakdown. Urea levels are a reflection of protein in the diet. Light exercise causes increased breakdown of amino acids and increased kidney removal of urea and creatinine. The researchers studied the biochemical changes occurring during heavier exertion and during recovery. Urea and creatinine blood levels were tested before, during and after exercise.

Forty-two male cyclists were studied. They were unaware of whether they were grounded or not during each exercise. They each performed two 30 minute exercises and had 40 minutes of recovery. Four metal bands were placed around the subject’s ankles and connected to a plumbing pipe for grounding.

The results show that blood urea levels were lower during Earthing and during both exercise and relaxation as compared to those who were not grounded. Creatinine levels were not significantly changed except for Earthed subjects after 40 minutes of recovery in the second week. Earthing the human body causes a reduction in serum total protein and albumin and increases serum globulins, while increasing total protein and globulins after 1 hour of recovery.

The authors concluded that the lower levels of urea were due to reduced breakdown of proteins with grounding during exercise. The lower creatinine levels at the end of recovery may be due to lower breakdown of muscle creatine.

CONCLUSION: Earthing during exercise may result in a positive protein balance with more lean body mass resulting. This could be important for athletes in training.