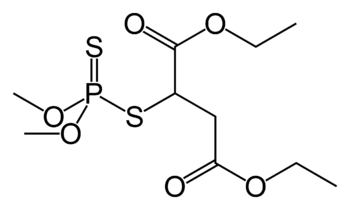 Organophosphates are insecticides used around the world in agriculture. Deaths from exposure and misuse, globally, are 200,000 per year. The chemicals are often used to treat head lice. Two cases are reported of poisoning of two children with a homemade shampoo used for treating lice. Organophosphates cause *acetylcholine esterase inhibitor poisoning, which is common around the world. The diagnosis can be made with clinical signs and blood levels of pseudo-cholinesterase.

The first patient was an 8-year old female with apathy, vomiting, and diarrhea, admitted for ‘gastroenteritis’. Her condition deteriorated with pinpoint pupils and a slowing of her heart rate. Testing revealed an extremely low pseudo-cholinesterase level, and questioning le wad the parents to recall the use of a remedy for head lice which was not rinsed out of her hair. The child was shampooed, washed and treated until she improved.

A 14 year old female was admitted with similar symptoms. She had used a homemade shampoo for lice and had not rinsed less than 24 hours before admission. She had extremely low pseudo-cholinesterae levels. This patient had to be ventilated artificially and her progress was complicated, but she did recover.

CONCLUSION: In any case of suspected organophosphate toxicity, questioning about any home remedy shampoo should be made and the child’s skin should be rinsed.